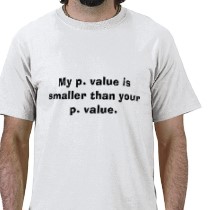 The word ‘significant’ is often used to mean ‘important’ or ‘substantial’ or ‘meaningful’, or ‘signifying’ something notable, and all these definitions are fine in most contexts. However, when a document involves quantitative data and even the minimum of statistical analysis, authors should be very careful about their use of ‘significant’, even if the only goal is to avoid annoying reviewers.

In statistics, describing a difference between two groups as ‘significant’ means that it is likely to be real rather than a random outcome. For example, the mean heights of 100 students grouped by gender (male and female) might be significantly different at a 95% confidence level (p < 0.05). This difference’s significance is a mathematical attribute; it is not the same as stating that it signifies something meaningful or important, which is a subjective human interpretation.