No spitting in the ashes!

Imagine travelling to Asia, 13,000 years BC, and saying to the local hunter-gatherers in any one of hundreds of modern languages:

Why you would say some of these things isn’t immediately obvious, but at least they would understand some of what you were saying. New research (published in the Washington Post, 7th May 2013) shows that the nouns, verbs, adjectives and adverbs in these sentences have descended largely unchanged from a language that died out around the end of the last Ice Age. They mean the same thing, and sound almost the same, as they did then. I find that pretty amazing. 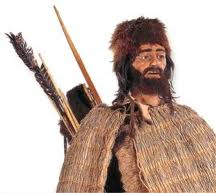